Cranberry Pie, Revisited
What I've been reading: September and October 2018 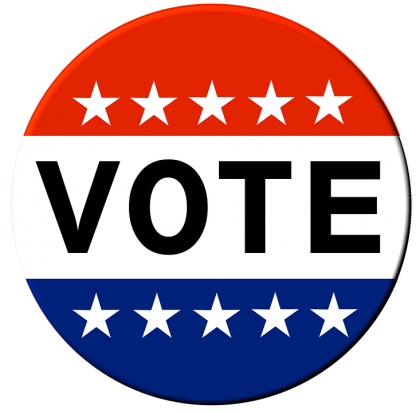 In case you haven’t heard (or you forgot), tomorrow is Election Day in the United States of America.  Every single seat in the House of Representatives is up for election, as well as 35 Senate seats.   There are important state governor races in some major states – California, Florida, Georgia, and there are local offices and ballot measures everywhere.     Voting is a right and a privilege, and one of the rare opportunities we have to directly participate in government and make a change.

You may feel like your vote as one person doesn’t count for much, but consider the following:

a) there are 235 million other people like you, and each of us has to act to make any impact collectively;

b)  do you know what counts less than your vote?  Not casting your vote;

c)    Not voting is also a choice – a choice to let chronic voters (who are often older, wealthier, and whiter than the voting age population as a whole) choose the government; and

d) Elections – particularly local elections, often have razor thin margins.  One vote does matter.  There is an elected politician in the Commonwealth of Virginia who was chosen by a literal coin toss.  Don’t be the person who drives Virginia to such levels of ridiculousness.

Facing some obstacles to vote?

If you have questions about your voting registration, or your polling place, Vote Save America and Vote411 have a lot of great information.

If you don’t have the information you need to make an informed choice, Ballotpedia  and Vote Save America (National) and Voters Edge (California) all provide nonpartisan guides to ballot choices.   You can also find voter’s guides with recommended votes and lists of endorsements from local newspapers and organizations like the League of Women Voters  (Here is their California Voter’s Guide) or Raising Our Future PAC.  For State of California, county of Los Angeles and City of Pasadena elections, I’ve posted my  personal Voter’s Guide.

Need a ride to the poll?  Here’s some information about companies offering rides to the polls.

Vote By Mail Voter and need a stamp?  You can buy them at a local post office, at many grocery stores and service stations, or even print them online.

Honestly, I want everyone to vote because I think a higher voter turnout makes for a better functioning democracy, but I’m all in on the blue wave, and if you are too, you need to make an especial effort to make it to the polls.  Your life may not depend on it, but your friends’ and neighbors’ lives may.