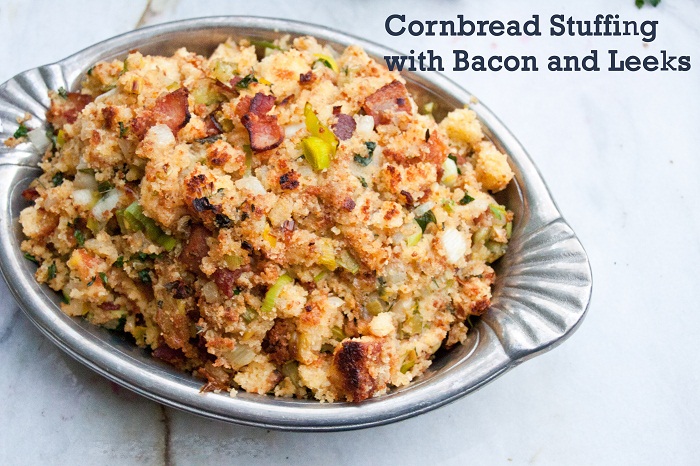 If there’s one dish that I must have on Thanksgiving, it’s stuffing. I like sweet potatoes, but don’t need them. Mashed potatoes always seem a bit superfluous to me. Even turkey is negotiable. But stuffing, with its play of textures and flavors — is the heart of Thanksgiving dinner.

Last year I told you about the sacred sage stuffing that my family makes every Thanksgiving. I stand by that recipe. But if, for some reason, you need another stuffing recipe — like you’re going to two Thanksgivings, or your aunt Patricia is already making that stuffing and you need to bring a second one, or you’re having an all-stuffing Thanksgiving meal (what? It could happen!) — I came up with crockpot cornbread stuffing for you.

I have heard that some people prefer cornbread stuffing, so I thought I’d offer that as an alternative to the sacred stuffing. If you make it yourself, you can vary the sweetness – I took the sane way out and bought some from the bakery section of the local market. Since cornbread is often on the sweet side (don’t shoot, southerners!) I thought it would be nice to balance out the sweetness with leeks (probably my favorite member of the onion family) and bacon (because, really, why not?) And then, just to get all crazy on you, I cooked it in the crock pot. Why the crock pot? Because I don’t know about you, but my oven is often full on Thanksgiving day of things that cannot be cooked in the slow cooker, like pie and the aforementioned turkey. And the slow cooker is a wonderful invention for keeping things moist, which stuffing must be (to get a crisp top, run the cooked stuffing under the broiler for a minute or two.

The verdict? It’s not the sacred stuffing, but it’s pretty darn good.

Cornbread, Leek and Bacon Stuffing in the Crock Pot 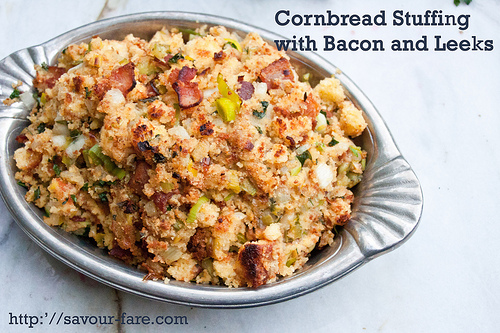