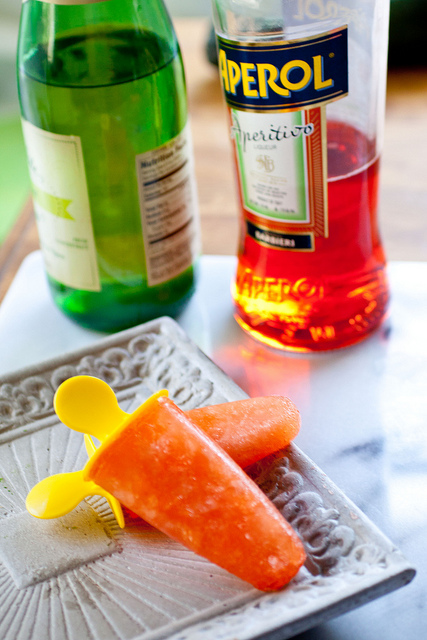 The cruelest month of the year is not April – it’s September.  As soon as Labor Day passes, most of the U.S. puts away the flip flops and pulls out the boots, tweeting things like “It’s sweater weather!” and posting taunting pictures of hearty bowls of soup on their instagrams.  Meanwhile, we have been suffering through triple digit temps and, to pile insult upon injury, humidity.

Intellectually, I KNOW that September is the hottest month of the year here – that fall doesn’t even officially start until September 22, and doesn’t really start in Southern California until November.  But that doesn’t stop me from being surprised, every year, by the sheer horror that is September in Los Angeles.  105 at my house, folks.  99 degrees at 9 pm.  95 at my office, and the air conditioning broke.  I know that when I see my power bill this month I am going to cry.   There was really nothing to do but hide in the house, shades drawn, A/C on full blast (which only cooled it to 80, sob), and do absolutely nothing that required any sort of exertion, whatsoever, except eating and drinking very cold things and reading the J. Peterman Catalog.  (It goes without saying that I am being just a tad hyperbolic, and September in L.A. compares favorably to being in say, Mosul right now).

So this is it, rest of the world:  you are used to Angelenos crowing about the weather, sitting smugly in 75 degrees when the rest of the country freezes their tootsies off in a polar vortex.  But not now.   This is the week when you can gloat.

But for my fellow SoCal denizens, who need a little pick me up after the hell of this week’s weather, I offer popsicles.   And not just any popsicles – popsicles with BOOZE in them (you’re welcome).  I decided my cocktail this summer would be the Aperol spritz – Aperol (which is an Italian aperitif that tastes like rhubarb and oranges and is slightly less bitter than Campari) and prosecco (or more often, Vinho Verde).    With the weather this week, we’ve needed to take it (meaning the temperature) down a notch, so I replaced the wine with sparkling white grape juice (too much alcohol won’t freeze) and reveled in the glories of cold coldy coldness. 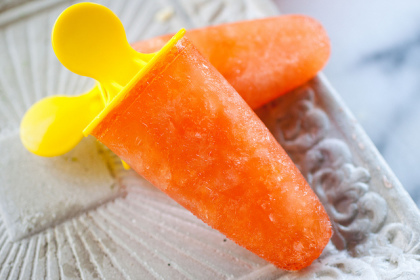 The aforementioned Peterman Catalog (which, gloriously, has an entire section devoted to caftans! said in its description (of one of these caftans), “She has perfected the art of far niente”.   I like to think that when the rest of the world is snuggling into sweaters, and I am sweating (into snugglers?) these popsicles take me one step closer to that ideal – perfecting the art of far niente – doing nothing.

Author:
Kate Wheeler
Serves: 4
Prep time: 5 mins
Total time: 5 mins
Print
I'm not giving amonts because your popsicle molds might not be the same size as mine, but this is generally the ratio that worked best. More Aperol is, of course, delightful, but that makes the popsicles more slushy.
Ingredients
Instructions
3.2.2802