As I may have mentioned before, I generally receive a several cookbooks for major gift-giving occasions. This isn’t surprising; after all, I have a known cookbook problem, and I have several cookbooks on my Amazon wishlist. I’m fairly familiar with the major cookbooks that are released, what the buzz is, and what the classics are. But this Christmas my aunt (who is a fantastic cook) gave me a book I had never heard of — the Auberge of the Flowering Hearth, by Roy Andries De Groot. “It’s the book that inspired Alice Waters,” she told me. I thanked her politely and added the book to my already crowded shelf of food and cookbooks.

A month or so later, I had finished my book club book for that month and was looking for something to read, and my eye fell on the Auberge. The book is unassuming, with its seventies cover and relatively unknown author (who was at some point the President of the Gourmet Club, which I’m sure had some real meaning in 1973, but sounds made up to me, like something an enterprising high school student would use to pad their college application), but I thought it would be an excellent soothing bedtime read. 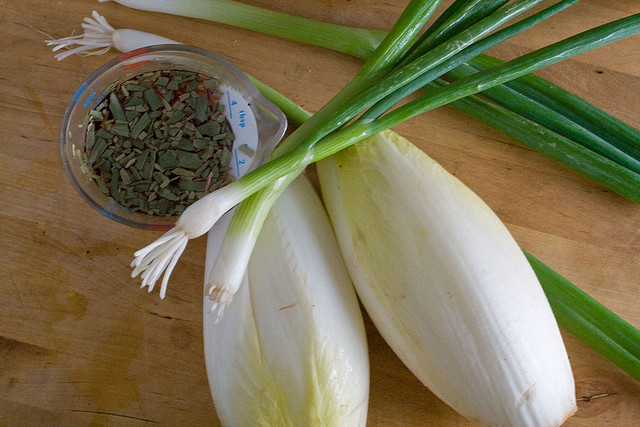 What I found was part travelogue, part food memoir and part cookbook. The author begins with a trip he takes to the Valley of the Grande Chartreuse in the French Alps near Grenoble, where the liqueur Chartreuse is made. In a quest to find the source of the famous liqueur, he happened upon an inn, run by a pair of middle aged women who cooked extraordinary cuisine. The author, who, as President of the Gourmet club, was quite interested in food, asked to learn more about the food at the inn, and thus the concept for the Auberge of the Flowering Hearth was born.

Reading the cookbook is not particularly soothing at bedtime. Yes, the descriptions of the French Alps (one of the most beautiful regions I’ve ever visited) are detailed and transporting, but the descriptions of the food just make you HUNGRY. The ladies of the Auberge (both of whom were natives of Provence, rather than the Haute Savoie) used the local delicacies of the French countryside to craft cuisine that was intrinsically tied to the local, seasonal cycle. In the spring they serve strawberries, in the autumn, game. De Groot provides the menu for, and describes in astonishing detail several meals he took at the Inn over the course of a year, with everything from amuse bouches to cheeses to wines. The menus are from a different age, when game regulations were far less strict, but they still have a surprisingly modern feel to them; and many of the dishes described wouldn’t be out of place in a restaurant in San Francisco. 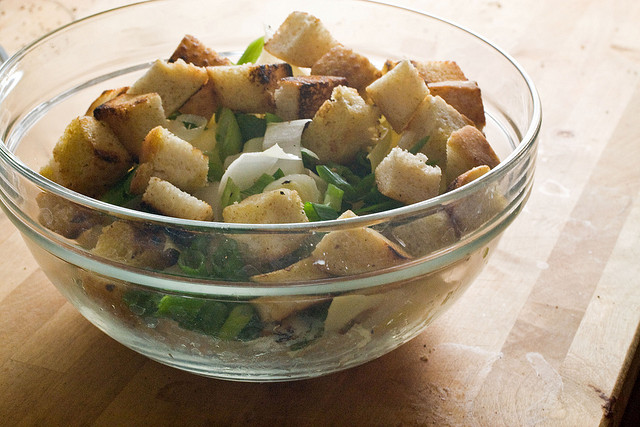 Which leads us to Alice Waters — “local and seasonal” has become a catchphrase now – if one more Top Chef contestant describes that as their cooking style I think Padma’s eyes might actually roll back into her head. But it has become a catchphrase because of Alice Waters and what she did with Chez Panisse. And Alice waters was inspired to start the movement in America because of the local and seasonal food that Mademoiselle Vivette and Mademoiselle Ray were cooking in a small inn deep in the French countryside.

And the best part of the book? Most cookbooks leave me wanting more description of the dishes I am about to invest time in cooking. Most food memoirs leave me with an ache to taste the dishes that are described with such mouthwatering detail. This book is a cookbook and a food memoir, and provides recipes and lessons in technique in addition to the evocative descriptions. It is a cookbook you can read, or a reading book you can cook from. Some of the recipes are utterly impractical for the home cook, such as the pheasant terrine that serves eighty people, but others, like this endive and bacon salad, or the Chartreuse souffle, are not only feasible, but surprisingly delicious. I’ve had endive salad before, and salads made with warm bacon dressing, but something about this particular combination and proportion, with the tarragon adding a grassy tang to the acid of the vinegar, the bitterness of the endive, and the smoke of the bacon, was particularly compelling. I grudgingly shared it with my husband, but I would gladly have eaten the whole bowl myself.

In short, this is an extraordinary book, and one I would recommend without reservation.

Author:
Kate Wheeler
Serves: 4
Prep time: 15 mins
Cook time: 5 mins
Total time: 20 mins
Print
Ingredients
Instructions
Make the tarragon vinegar (if you happen to have tarragon vinegar in your pantry, you can skip this step, and replace the wine vinegar with tarragon vinegar):
Make the croutons:
Notes
Adapted from the Auberge of the Flowering Hearth
3.2.2802