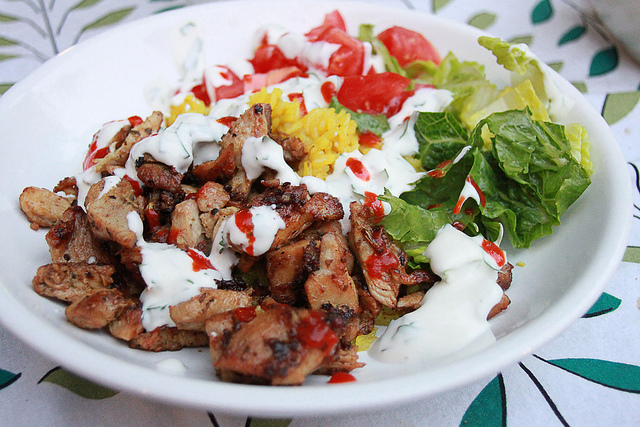 Well, I’m not charmed. The city is dirty and smelly and noisy and crowded. The weather is uncalled for. Everything is too expensive. And it’s hard to navigate. You literally cannot get a stroller out of the subway without setting off an alarm. In the seven years since I moved away from New York (to, may I add, one of the largest metropolitan areas in the United States) I have become old and sedate and suburbanized. I can’t hack it in New York any more. So no, I am not charmed.

But I have to visit, because there live my people. My girlfriends from my young married days, who think nothing of coming to a happy hour near my hotel when I’m in town despite the fact that there are an additional eight and a half children among us and most don’t even live in Manhattan (the half is Mrs. Limestone’s daughter to be). My husband’s family – his father and half sister and stepbrother whose kids are my kids’ only cousins. My baby cousin, who has worked in some of the most amazing restaurants in the city. My college roommate, who was living with me when I met my husband, and knew “us” from the earliest days of our courtship. And the godfathers of both of my children.

So I try to find things to love about New York. One thing to love is the laws on gay marriage. The impetus for our trip was the marriage of the Nuni’s godfather (who is one of my oldest and dearest friends) to his partner of eight years. I was Matron of Honor, Nuni was the flower girl. The wedding was beautiful, and I wouldn’t have missed it for the world.

Here’s a link to a video put together by one of the grooms featuring the song he wrote for his vows. Aren’t they handsome?

And our family, in Central Park (about 5 minutes before the Nuni stepped in a pile of poo apparently left by the world’s largest Great Dane. We had to throw away her shoes) Another thing to love about New York is street meat, aka halal chicken and rice, which is sold from carts on the Sidewalks of New York. When I was studying for the New York BarExam, my review course was right near one of these carts, and I would often get delicious spicy, savory chicken with crisp vegetables and fragrant rice for lunch. LA has a thriving street food scene but offers nothing quite like street meat, and my only chance to enjoy it was on my infrequent trips to New York.

Fortunately, Serious Eats came to my rescue and developed a recipe for street meat. The first time I made it, the scent of the rice instantly carried me back to that summer, and I was, however briefly, 24 again. It has since become a serious staple in our house. Relatively easy to make, good to reheat, excellent to take to families with new babies and a frequent request made by my homesick husband. The Nuni loves it because I let her make the white sauce all by herself (it’s hard to screw up and a good way to train her to taste and season). In fact, it is, I would venture, even better than the original. 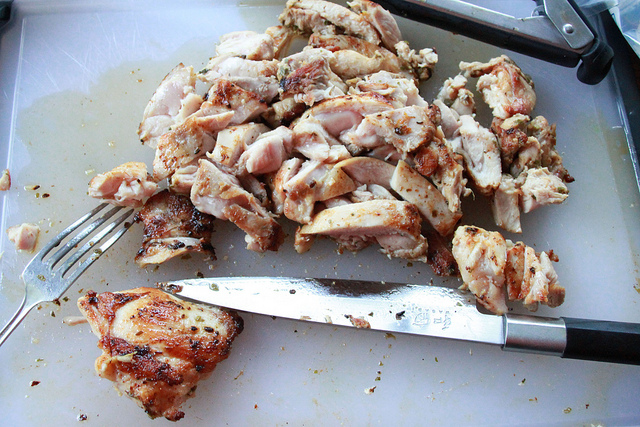 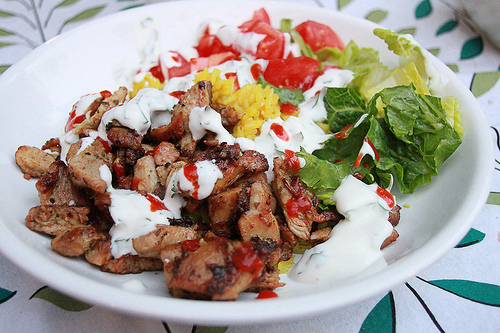