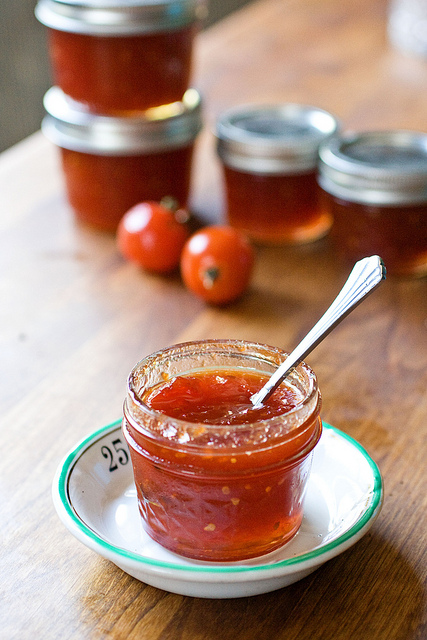 How on earth is it the end of August? Labor Day is just around the corner, but I still have so much summer to get in! We haven’t gone to the beach, or made s’mores, or even gone to the Hollywood Bowl. And I need to get in several more hours being lazy in the hammock. I feel like I’m turning into one of those old people who is constantly exclaiming about how fast time passes, but it does. This summer has passed in the blink of an eye.

When I was a child, the summers stretched into infinity. I don’t know if it was that each summer was a greater proportion of my life, or if it was just that I had more time to slow down, visit the library, stretch out on the grass with a book, and let time stop. The Nuni is in that childhood stretch of time passing slowly, and she so badly wants it to charge on, full speed ahead. In the past few weeks, the Nuni (who will turn four in less than a month) has adopted a new persona, and has told anyone who will listen that her name is Polish (as in making silver shine, not as in Pope John Paul II), and she is seven. Those two things are intertwined. Of course, it is moments like this that make me want to stop time, to preserve forever the moment when my daughter is on the cusp of childhood, and nothing sounds better than being seven. I can’t stop time, but I can preserve the summer just a little, and capture some of my childhood summers at the same time. When I was a little girl, I would spend some of those infinite summers with my great grandmother, eating berries out of her garden, getting into her cookie jar (I can still remember where it was kept), and eating her homemade tomato jam. Not a chutney, or another version of ketchup, the way so many tomato preserves recipes are, but a tomato jam, brightened with lemon, with that musky tomato flavor and the pure sweetness of preserved summer. Perfect on toast, for that lazy summer breakfast, this really is summer in a jar. 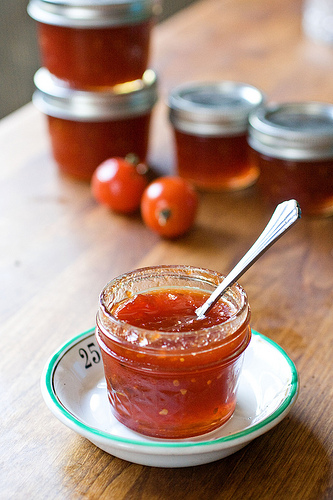