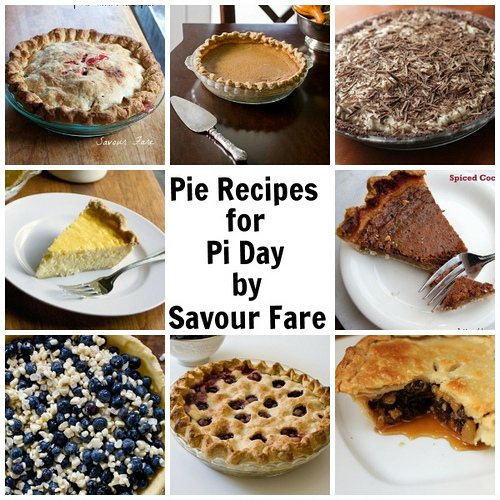 2)  The circumference of a circle is calculated by multiplying the radius (halfway across the circle) by 2 and pi (2*pi*r).  Coincidentally, pies are circles, and 2 pie are better than one!

3) The area of a circle is calculated by multiplying the radius by itself and pie, (pi*r squared).  However, we know that in reality, pie are round.  (Except for slab pies).

OK, enough with the corny pie pi jokes.  Pi is cool, and Pie is cool.  Below are a roundup of pie recipes we’ve made at The Domestic Front.  Go bake a pie! It’s Pi Day!

Dried and Canned Fruit or Vegetable and Nut Pie Recipes